For those of you planning on visiting Hirsch at the Orlando show, originally scheduled for April 4-6, be advised that ISS has moved this event to September in order to join forces with The Surf Show, scheduled for Sept.

Here is the official press release:

Roy Turner, Surf Expo’s Show Director said, “We are excited to be co-locating with ISS this September. For years t-shirts have been a mainstay in the product offerings of our exhibitors and attendees. From souvenir & resort to board sports, imprinted sportswear has been and continues to be the backbone of brand identity.”

For more than 30 years, Imprinted Sportswear Shows (ISS) has been the place to see the latest technologies, hottest trends and newest products in the decorated apparel industry. The ISS Orlando 2014 show was originally scheduled to be held April 3-5. However, when the opportunity presented itself to expose exhibitors and attendees to a qualified, potential buying audience of nearly 25,000 by co-locating with Surf Expo, the decision was made.

Jeff Brown, ISS Show Director stated, “We are very excited to bring ISS Orlando and Surf Expo together this year for the first time. There has always been a great synergy between our groups with crossovers on resort wear and gift sections of our shows. From beach transfers on t-shirts to sublimated designs on surf boards, you will be able to see everything on display with this collaboration between ISS and Surf Expo.”

Surf Expo and ISS Orlando are also pleased to announce show badges will allow attendees entrance to both show floors with no additional cost.

“Being able to offer the full production cycle to Surf Expo customers is a big win for us; from art, to production, to finished product, our buyers and exhibitors will benefit from the additional resources that ISS supplies,” Roy Turner added.

One of the newest additions to the Seit embroidery laser line is its cap...

For those not yet aware, Corel released Coreldraw Suite X7 at the end of... 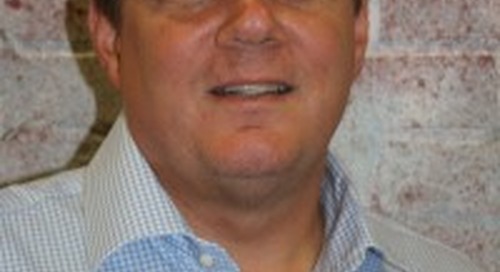 Hirsch Director of Software Technologies Ed Levy will share his expertise in the business and technical aspects of apparel decorating in two seminars at the January 2016 Imprinted Sportswear Shows... 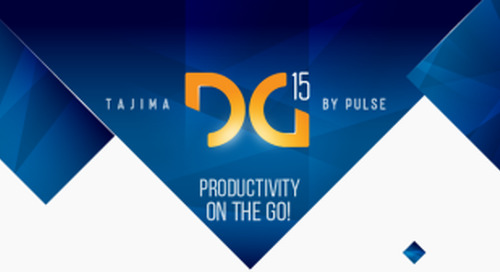 The new PulseCloud, offered by Hirsch, now allows you to take your productivity on the go. Available to all owners of the new Tajima DG15 by Pulse digitizing software, PulseCloud allows... 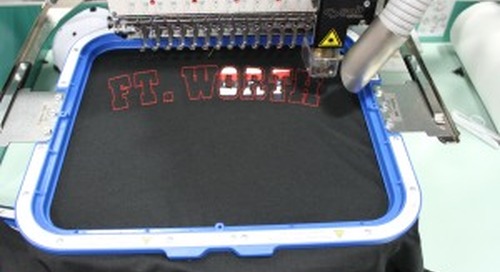 Stop by Booth 739 at Fort Worth Imprinted Sportswear Show

At the Fort Worth Imprinted Sportswear Show, Sept. 18-20, you will be able to see equipment in action and talk to experienced reps about that latest technology available for embroidery,...

Did you know that Hirsch has an international document center with downloadable brochures of all its brands? You can check it out here... 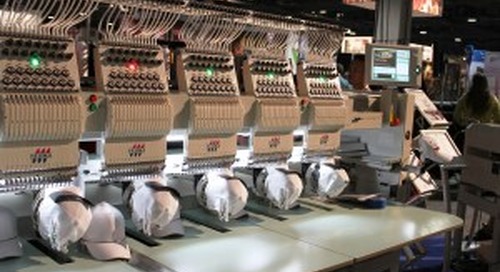 Come visit Hirsch in booth 423 at the Orlando Imprinted Sportswear Show, Sept. 4-6, for solutions to your apparel decorating equipment needs. Our team of dedicated product experts will guide and... 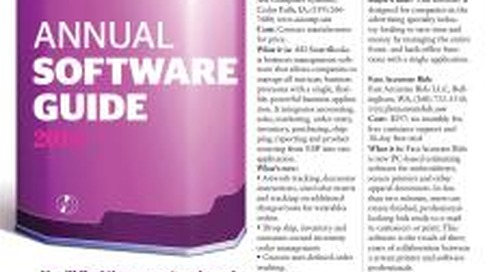 In case you missed it, Stitches released its annual software review in its July issue. Check it out to see several of Pulse’s latest software programs to automate your shop. Go to... 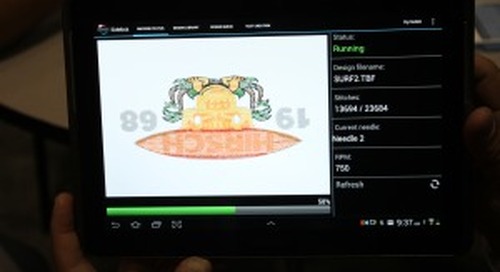 Control Your Embroidery Machines Via Tablet

Control your embroidery machine via a remote control tablet with the Tajima Sidekick by Pulse. You can create text, set up designs, and manage machines. 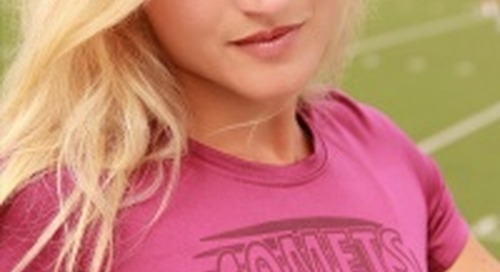 Etching Is Ideal Choice For Performancewear

Did you know with a Seit laser bridge or Performa standalone laser, you can... 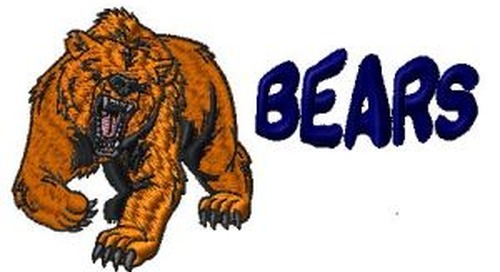 Autograph 2 is the latest upgrade to Pulse’s standalone software that is designed to enhance and speed up the process of designing embroidered monogramming and lettering for retail businesses.... 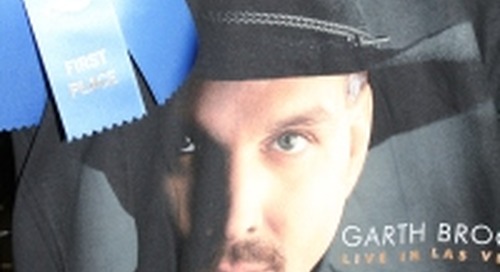 Tips for Automating Your Shop

“When personalization is done manually, data shows that at least 5% of the... 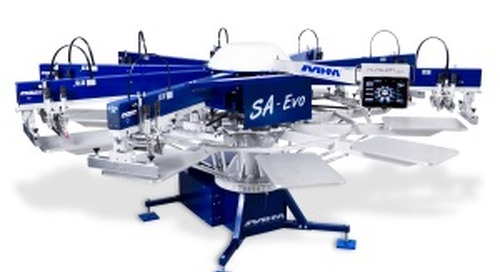 The SA-Evo is the newest member of the MHM family and your perfect choice... 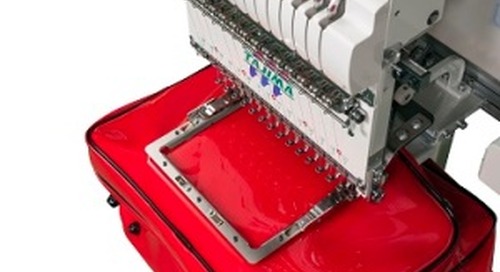 Thanks to Impressions for featuring the Tajima TUMX on its website. You can... 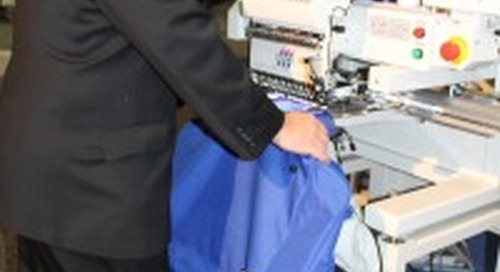 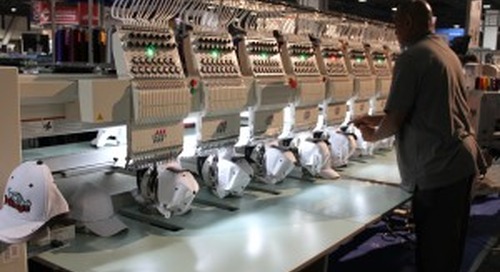 Hirsch is exhibiting in booth 515 at the Printwear show held in... 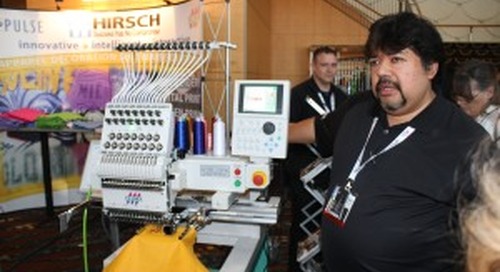 If you live near Orlando, Hirsch is exhibiting at the Orlando Imprinted... 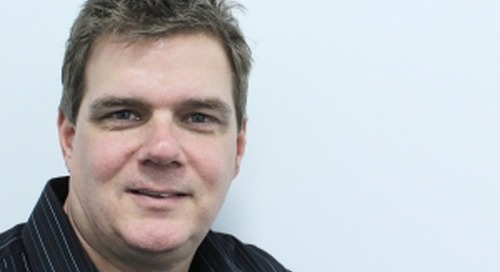 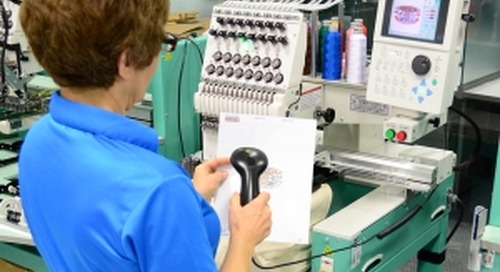 High-volume shops have taken advantage of the latest in automation...